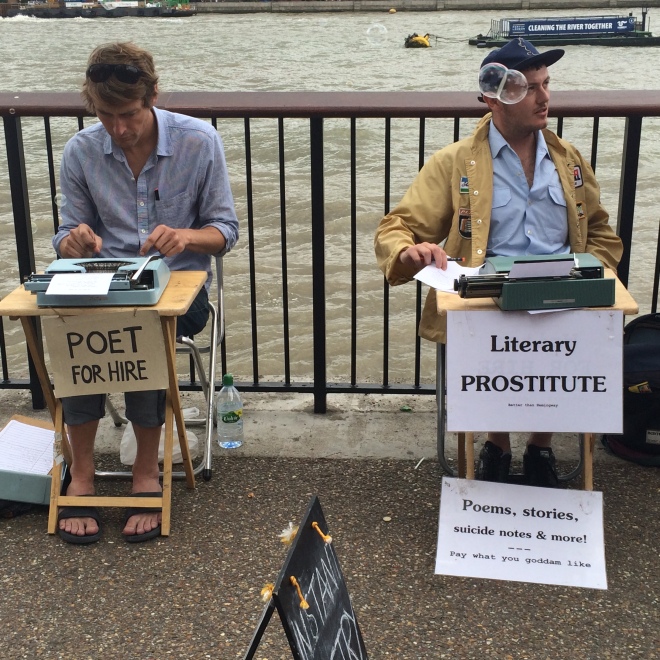 Today it was not really productive. I had a senior couple sitting in front of me with lot´s of luggages. They obviously returned from their holidays and got at the airport on the tube. Right after the tube took of from the station he made his wife dive deep into the luggages to get the mobile phone out. An oversized version of mobile phones for seniors. He took the glasses on and started to enter the number. I heard someone picking up the phone as he heldt the phone in quite some distance to his ear. With a very strong voice he announced that the are now on the tube towards their home city and that they would be there in 30 minutes. He also made out that they are very late as it took sooo long to get from the airplan to the baggage reclaim and that this took ages. So they missed the first tube and are now running very late.

If you think that would have been enough? No! That was not the case. He continued calling other people leaving messages on voicemails like he would send text messages telling people that they are back from holiday. I heard that they wanted to go to the dance class later this evening and that they need to get dinner before.

His wife was very quiet! She only made out at some point that she would find it great if they could get home first before making further plans. Unfortunately I had to get off the tube and couldnt listen till the end of the story …..

This site uses Akismet to reduce spam. Learn how your comment data is processed.